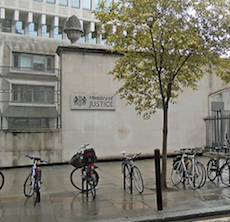 Cycling UK has voiced its concern at the government’s long-awaited review of road traffic offences and penalties.

The consultation was initially promised in May 2014, following the launch of the Cycling UK Road Justice campaign. The review plans to increase sentences for serious road offenders, but falls short of what the cycling charity deems an acceptable effort to tackle driving standards on British roads.

In the original report, the government pledged to carry out a full review of all motoring offences and penalties, including the distinction between careless and dangerous driving. The current proposals in the evaluation specifically aim to increase maximum sentences for serious offences.

Cycling UK has argued that increasing the court’s sentencing powers in the worst cases is an adequate response to the concerns, but that the review will do nothing to tackle cases technically defined as careless driving.

Duncan Dollimore, Cycling UK’s road justice campaigner, said: “The government seems to have opted for a cut-price narrow remit review, rather than the wider review of all offences and penalties that was promised to the families of the 1,700 people killed on Britain’s roads each year.

“Cycling UK is glad that this review is finally underway, but we are baffled by the ministers’ choice to limit it to the most serious driving offences, despite promises of a comprehensive review. We support the proposal to increase sentences for the most serious offenders, but this change alone could have a limited impact."

Mr Dollimore concluded: “We need the courts to be given a very clear direction on the use of driving bans so that driving is not treated as an entitlement, but a privilege. We strongly urge the government to include these issues within its review.”

Share
Previous 105-year-old Ben Hayward Cycles of Cambridge to shut up shop
Next London to double spend on cycling to 5.5 percent of transport spending