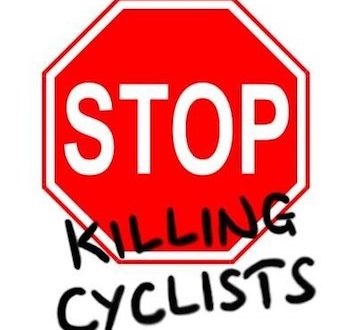 In the run-up to the general election the Stop Killing Cyclists campaign group plans to picket the HQs of both Labour and the Conservative parties.

The protest vigils and die-Ins will be urging politicians to increase investment in cycling infrastructure to 10 percent of the transport budget by 2020.

The vigil outside the Labur party’s Victoria Street HQ will take place on 19th May. The Tory party’s Matthew Parker Street HQ will be targeted on 26th May.

Donnachadh McCarthy of Stop Killing Cyclists urged protesters to bring gas masks and candles. These, he said, will "symbolise the thousands of UK children, whose lungs are being stunted from living on traffic polluted streets or attending polluted schools."

“Air pollution is poisoning millions of people in the UK, whilst traffic carbon emissions are contributing to the climate emergency. Road danger means most people do not feel safe cycling on UK roads, which means
they lack life-saving physical exercise."

He added: “There is now an urgent health crisis which is costing the NHS billions [of pounds]. It is crucial that our national cycling infrastructure gets its fair share of national infrastructure investment.”