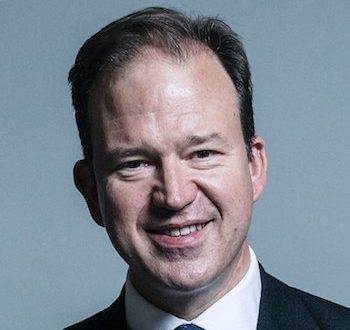 Cycle orgs to respond “robustly” to letter from transport minister

Transport minister Jesse Norman has written a highly unusual letter to cycle organisations asking them to "highlight the importance of cyclists adhering to the rules set out in the Highway Code."

BikeBiz understands that no motoring organisations have ever received similar group-blame letters asking them to highlight road laws to their members.

Norman’s long letter contained information on how to access the Highway Code online, and was said to have been sent in response to the death of Kim Briggs who was killed after she walked out in front of Charlie Alliston in 2016. He was riding a fixed-wheel bicycle without a front brake which is unlawful under Regulation 7(b) of the Pedal Cycles (Construction and Use) Regulations 1983. Alliston was convicted of the 1861 offence of "wanton and furious driving" and, earlier this month, he was sentenced to 18 months in a young offenders’ institution.

There have been thunderous editorials about the rare and unusual case in the mainstream media, and scandalised radio and TV shows have stressed the daily danger that cyclists supposedly pose to pedestrians. In 2015, two pedestrians were killed by cyclists; 409 were killed by motorists.

The Government yesterday announced it is to consider a kneejerk law change to create a new offence equivalent to causing death by careless or dangerous driving for cyclists. A general review of road safety laws was announced three years ago but has yet to see daylight.

"It’s great that cycling has become so popular in recent years but we need to make sure that our road safety rules keep pace with this change.

"We already have strict laws that ensure that drivers who put people’s lives at risk are punished but, given recent cases, it is only right for us to look at whether dangerous cyclists should face the same consequences."

Norman’s letter – addressed not to executives but to Dear Sir/Madam – was sent to British Cycling, Cycling UK, and Sustrans. Will Norman, Transport for London’s walking and cycling commissioner, and Chris Boardman, who has the same role for Greater Manchester, were also copied in. The letter was also sent to the National Courier and Dispatch Association, the Institute of Couriers and the Cycle to Work Alliance.

The receipt of the letter came as a surprise to cycle organisation bosses, many of whom met with Norman on Tuesday.

British Cycling, Cycling UK, and Sustrans have jointly told BikeBiz that "we will respond robustly, but behind the scenes.”

Motoring organisations receive letters regarding, for instance, motorists” use of mobile phones while driving but these are instigated by the organisations asking questions of ministers. Norman’s letter to cycling organisations is a first, and is seen by many cycling campaigners as "group scapegoating".