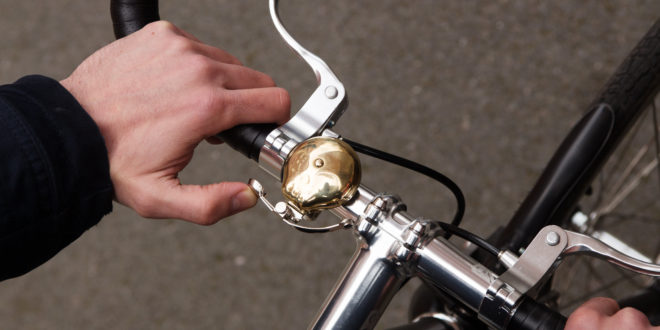 In 1999, all bicycles sold in the UK had to be supplied with bells, but there was no compulsion for them to be fitted or used. Then, in 2011, the stipulation was dropped after a “red tape challenge”.

It would seem some peers might want to revisit this law change and force cyclists to fit bells to their bikes.

This was made apparent yesterday in a House of Lords debate, which was originally planned to concern potholes. However, a parliamentary question aimed at the Department for Transport (DfT) quickly morphed away from cyclists killed and injured by shoddy road maintenance into a discussion about the bicycle bell.

The debate was started by the train- and cycle-friendly Lord Berkeley who wanted the DfT to reveal the “assessment they have made of the funding they provide to Highways England and local authorities to ensure that roads are maintained in a safe condition”.

Peers were having none of that.

Deputy speaker Lord Lexden countered: “Potholes or not, how can pedestrians on the pavements alongside these roads maintain themselves in a safe condition when cyclists refuse to equip their machine with a bell and curse those, like me, who politely ask them to mend their ways?”

Transport minister Baroness Sugg promised: “I will certainly see whether there is anything we can do to ensure that cyclists put a bell on their bicycle.”

Despite this assurance, Tory peer Lord Lang of Monkton continued: “If the law does not require the fitting of bells on bicycles, does the Minister agree that it would be a very good idea, and will she consider whether the law should be amended?”

Baroness Sugg agreed to “feed in that suggestion”.

The 1999 requirement that all new cycles have to be sold with bells – but with no compulsion to fit them – came after a partially-sighted woman’s guide dog was hit by a cyclist, and she organised a petition for the restoration of bells on all cycles.