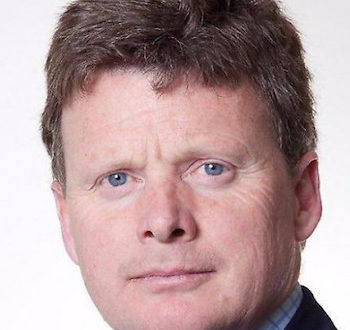 After Tory MP Richard Benyon was banned from driving campaigners in his Newbury constituency created a crowdfunding campaign to buy him a bike instead. And even the MP has seen the funny side of the campaign, donating £10. After he has been bought the bike the rest of the cash raised will be donated to a local charity.

Benyon had has license endorsed after being caught using his mobile phone while driving in London in April – because of previous offences he was disqualified from driving for six months.

“He will also find he is increasingly unable to get around his constituency as readily as before after the recent cuts to rural bus services in West Berkshire imposed by the Conservative-led West Berkshire Council."

A bicycle, however, would be just the ticket for the car-less Benyon:

“To ensure our hard-working MP can continue to be an effective voice for all his constituents, the local Green Party have started a fundraising page to get Richard a bicycle to allow him to carry out his work both locally and in Parliament.”

Excess funds will be donated to local charity Eight Bells for Mental Health, of which Masters is the chair of trustees.

Benyon told his local newspaper that Masters’ campaign was "very funny" and that "as the proposal is to give the majority of the money to Eight Bells, I have contributed £10 myself.”

When asked how he would be getting about during his six-month ban, Benyon said: “A combination of public transport, my wife, friends, my new bicycle and my feet.”

Eight Bells for Mental Health is a charitable organisation which supports people affected by mental health issues in Berkshire.