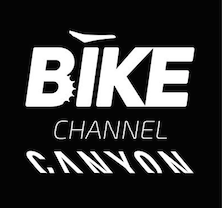 Brother UK has announced that it will sponsor the recent professional cycling team Bike Channel Canyon.

The UK-based team, which is a new collaboration between The Bike Channel and bicycle brand Canyon, will complete a UCI Continental level for the 2017 season. The team’s sports director, Tim Elverson, who was previously team manager for Pedal Heaven, will lead it in all activities and preparation for the 2017 competitive calendar.

The news comes as the latest in a series of cycling partnerships for Brother UK, which, earlier in the year, was announced as the official results, printing and imaging partner of the Pearl Izumi Tour Series, the Aviva Women’s Tour and the Tour of Britain.

The Bike Channel Canyon team has recruited a squad of 15 notable riders including Chris Opie from ONE Pro Cycling, James Lowsley-Williams from NFTO and Rory Townsend from Pedal Heaven.

Tim Elverson, director at Bike Channel Canyon, said: “We’re really pleased to have Brother UK onboard for the 2017 cycling season. We have an exceptional lineup of riders in the team; we look forward to seeing them bring something new to pro-cycling.”

Phil Jones, managing director of Brother UK, added: “I’m really looking forward to seeing Bike Channel Canyon in action. The team is full of talent and Brother UK will help provide the support they need to keep producing great results throughout the year.”