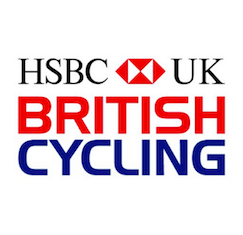 In the section named Access to Outdoors, the consultation sets out proposals that are particularly relevant to cyclists, including allowing cycling and horse riding on footpaths to occur under the same conditions as those provided for cycling on bridleways under section 30 of the Countryside Act 1968, and allowing organised cycle racing on bridleways in order to bring rules relating to bridleways into line with footpaths.

Writing in the consultation document, cabinet secretary for environment and rural affairs Lesley Griffiths said: “Together, the proposals demonstrate the Welsh Government’s commitment to systematically identify where we believe reform is necessary to ensure we are equipped to sustainably manage our natural resources in preparation for the significant challenges and opportunities we face in the future.

“I am committed to ensuring we maintain and enhance the resilience of our natural resources and ecosystems – to achieve this we need to consider all the potential opportunities to modernise and improve the regulatory framework for the benefit of Wales.”

British Cycling’s MTB leadership and cycle training manager Nick Chamberlin added: “At British Cycling, we want as many cyclists as possible across the UK to be able to access cycling in the countryside. Scotland has shown this can be done and it’s fantastic to see Wales now taking positive steps to follow in their footsteps.

“The success of the model in Scotland shows that this can work. The positive impact it can have on tourism and economy is there for all to see, and importantly this puts pressure on the relevant authorities in England to put their own plans in motion.”

British Cycling and Welsh Cycling will be discussing the consultation’s proposals with other governing bodies and outdoor working groups before submitting a response.