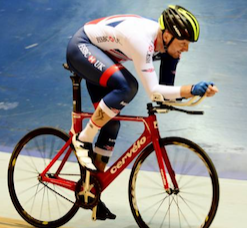 British Cycling has confirmed the riders on the Great Britain Cycling Team para-cycling programme for 2017.

Paralympic gold medallist Karen Darke will be looking to become a world champion for the first time in her career, whilst David Stone and Hannah Dines will continue to compete in the men’s and women’s T2 classification respectively. Jon Gildea and Simon Price will both be aiming to improve on the 2016 season, which saw them stand on the podium at world championships and world cups.

David Smith remains on the squad as he continues his recovery and rehabilitation from spinal surgery.

Great Britain Cycling Team Para-cycling head coach Jon Norfolk said: “The last 12 months have been incredible for the team; topping the medal tables at the Paralympics and world championships was a brilliant achievement.

“We won’t be resting on our laurels. The focus of the programme is to maintain the momentum created and to repeat our success at Tokyo 2020. The squad we’ve named is full of Paralympic and world champions, as well as a number of riders who we believe have the potential to improve and become medal competitive over the next four-year cycle.”