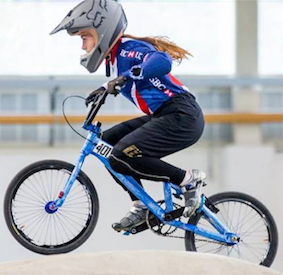 British Cycling has influenced 723,000 women, who weren’t cycling previously, to get on a bike since 2013, the sports governing body has announced.

Launching a four-year progress update on its #WeRide women’s strategy, British Cycling has revealed the extensive changes that it has put in place across all levels to begin to counteract the legacy of a 50-year gender gap.

Commenting on the progress, British Cycling’s CEO Julie Harrington said: “When British Cycling launched its women’s strategy in 2013, people told us we were being too ambitious with our target to get one million more women on bikes. This itself was proof of the entrenched view of cycling as a sport for men. Four years on, I am pleased to say that the sport is in a different place. Our perseverance across all areas – from encouraging clubs to offer women-only sessions to training 70 per cent more female coaches – is paying off.

“Of course, this doesn’t mean that we can afford to be complacent. The biggest challenge we now have – and I think cycling is not alone in this – is persuading women to keep riding. Retention is a major factor and we need to better understand just why women drop off. This isn’t something we can tackle alone – we’ll need the support of sports bodies, cycling and transport organisations, national and local government, and the media. But we are determined to crack it.”

Dame Sarah Storey added: “Research shows that one of the main barriers preventing women from cycling is that they don’t feel safe on the roads. In order to encourage more people to get on their bikes, it is crucial that politicians and decision makers take on board safety concerns, and ensure that our roads are appealing, safe shared spaces which can be used conveniently by all road users, regardless of their chosen method of transport.”

· 72 per cent increase in female race license holders since 2013

· Three women now sit on British Cycling’s Board of Directors