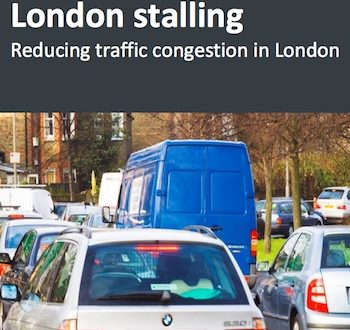 Brake to be put on cycleway building in London, reveals TfL

A report from the London Assembly Transport Committee has today urged Transport for London to continue building protected cycleways, but it appears that TfL has been spooked by complaints about the "sheer scale and speed" of the programme.

The report, "London Stalling", claims that some congestion was caused by the construction of the cycleways, but this is disputed by Andrew Gilligan, the "cycling csar" in the last administation.

He wrote that it seems "unlikely that segregated cycle tracks totalling 12 miles can be causing more than a small portion of the congestion on a London main road network which totals around 1500 miles."

“Something dramatic has to be done about the enormous congestion problem on London’s roads. The issue is costing our city money and costing Londoners their health and wellbeing. Transport for London (TfL) is doing a lot to tackle congestion, but not enough. Road pricing would be a fairer approach, as road users would pay according to how much they contribute to congestion."

She added: "Gridlocked London needs to start moving again and tinkering here and there is not going to achieve that. A total rethink about who uses our roads and how is imperative to get the veins and arteries of our great city flowing freely again.”

The committee’s report makes eleven recommendations – the tenth is: "TfL should continue to implement its Road Modernisation Plan schemes including the proposed network of safer cycling routes such as Cycle Superhighways and Quietways."

Despite the provision of protected cycle superhighways only 18 percent of drivers considering switching modes would choose cycling; 60 percent would consider switching to riding the Tube.

"London Stalling" is a report on how to combat congestion, but it also recognises that getting more people out of cars will also be good for air quality. This is a pressing issue for London Mayor Sadiq Khan – yesterday he issued a three-day toxic smog alert, calling the levels of air pollution a "public health emergency".