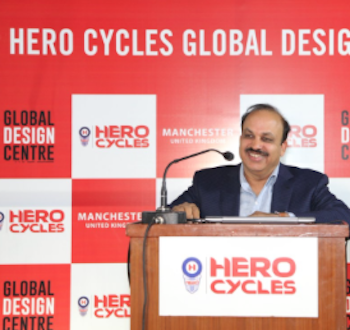 Foreign secretary Boris Johnson has today suggested that Indian bicycle manufacturers will be able to export to the UK tariff-free after Brexit.

Speaking to Indian business leaders Johnson said it’s "time to stick up for free trade". The Guardian reports that Johnson believes that Britain and India could do a lot more trade together.

He suggested that India start by relaxing its 150 percent tariff on imported whisky: "And, symmetrically, we could have zero tariffs on wonderful Indian products like those electric cars or buses or perhaps even bicycles that we´re now seeing on the streets of London."

Quite which bicycles he means is unclear. It’s entirely possible he means the trishaw cycles that ply for tourist trade in the centre of London.

Perhaps unbeknownst to him, an Indian company does now have interests in the UK. Last year Hero Cycles, one of the world’s largest bicycle makers, acquired a majority interest in Steven Walsh’s Avocet Sports of Manchester. This was Hero’s first acquisition outside of India.

Hero – which mostly sells workaday bicycles in its domestic market – is soon to open a "Global Design Centre" in Manchester to access the EU market.

As well as floating the idea of tariff-free accees to Indian bicycle companies the British foreign secretary insulted French people with ‘Allo ‘Allo style comments. "If Monsieur Hollande wants to administer punishment beatings to anybody who chooses to escape, rather in the manner of some World War Two movie, then I don’t think that is the way forward," said Johnson.

This forced Downing Street to counter that the foreign secretary "was not in any way suggesting anyone was a Nazi."