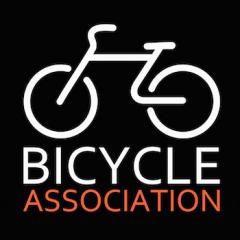 The new mark would be part of the Bicycle Industry Fund and would "give consumers an easy way to identify those businesses contributing to the future of cycling," said Garidis.

He added that the anonymity of the contributors to the Bike Hub levy, running since 2003, led for some to "a lack of recognition."

The spending of the Bike Hub levy has been questioned by an anonymous poster to a trade-only forum.

"The Bike Hub levy scheme, administered by the Bicycle Association between 2004 and 2016, has raised just over £4.4m in 12 years from industry contributions; £5.5m when including government contributions.

"It is one of the longest running industry levies in the world, and its aim to ‘safeguard the future of cycling’ has led to significant investments in major outreach and cycling promotion projects, including many with a focus on giving children a chance to try cycling: securing the next generation of riders and customers. It has also given the industry enhanced leverage with government, who see it as hugely positive that the industry is already working together to get things done. It has been a success on many fronts. As with any industry-wide collaboration, it has had its ups and downs, and some disagreements, but by and large it is a quite extraordinary achievement; testament to the vision, enthusiasm and generosity of our (relatively) small but highly committed industry."

"The Bicycle Association has run the Bike Hub fund on an entirely voluntary basis, and covered administration costs from its own subscription income, never taking any management fee, so that all of the funds collected could be spent on the projects themselves. A small proportion was, by necessity, spent on the fund’s accounts. We’re currently working on both a report which sets out the fund’s most recent work, to be published shortly, and following this an overview of the whole fund, covering the entire period from 2004 to 2016, to bring up to date the information on the BA’s website. The BA has recently been made aware of some queries about historic Bike Hub spend and we are looking into these at the same time to clarify these areas."

Garidis has been working for the BA since last year, along with industry veterans such as Peter Eland.

"The new team at the Bicycle Association have, over the course of 2016, been consulting on and developing proposals for a successor to Bike Hub, with a somewhat broader remit," said Garidis. "This new ‘Bicycle Industry Fund’ will explicitly focus on advocacy work as well as outreach projects, and encompass both a levy scheme and other fundraising approaches.

"It is proposed that the advocacy work will be based on the Bicycle Association’s ‘manifesto’, currently in the late stages of development in consultation with the industry and with cycle advocacy organisations. This sets out industry-specific priorities for securing the future of cycling. It makes explicit recognition of the important role the industry can and should play in advocacy – widely recognized by industry internationally to be ‘the engine of sales’.

He said "there will be more ways for businesses to contribute" to the new fund.

"Although the levy mechanism will remain as a core funding mechanism since it works well for many current contributors, it is not appropriate for all of the stakeholders who may wish to support the fund and its purposes. By opening up other mechanisms they will be able to participate and contribute.

"The new fund will also ensure funding decisions are made as part of a focused strategy with clear, stated objectives. It will also be more transparent and representative, with more ways for contributors to influence the programme. Spending decisions and strategy will be discussed and agreed by a contributors’ steering committee / panel, and the Association will establish mechanisms for collecting feedback from all contributors, including the independent bike shops who have been core supporters via the existing levy."