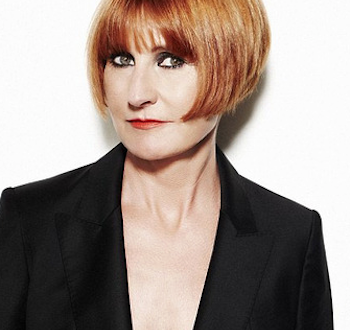 Mary "Queen of Shops" Portas has criticised the government’s rebanding of business rates, bills for which will land on mats on April 1st. "This is short term business thinking, sadly, from the govt," Portas said on Twitter last night.

Retailers face the biggest shake-up in the business rates system for almost a decade, with rises due to hit retailers already dealing with increased costs, many of them caused by Brexit. Because the rebanding is based on rentable values it’s likely that southern retailers (and businesses) will be harder hit than northern ones. Many independent shops in London – of all stripes – face a doubling of business rates.

In 2015 the government promised a "structural review" of business rates to take into account the increased competition shops face from online retailers. However, the current rebanding is unfairly targeting small businesses in honeypot areas, claim some retailers.

Portas was responding to a tweet from Jeanette Winterson – author of "Oranges are Not the Only Fruit" and owner of upmarket cafe/deli Verde in Spitalfields, London – who complained that "My shop … set to close under the new business rate."

The Department of Communities and Local Government has said no small business will see an increase of more than 5 percent this year, while £3.6 billion is being spent on rate relief measures.

A spokesperson said: "This revaluation improves the fairness of rate bills by making sure they more closely reflect the property market.

"Nearly three-quarters of business in England will see no change, or even a fall – including 600,000 who from April will have their bills cut altogether."

My shop in London set to close under the new business rate. Rateable value rocketing from 21;5k to 54k.Tories party of small business? pic.twitter.com/8ASqu2sfPe

This is short term business thinking sadly from the govt. waiting to hear from @gregclarkmp and @SadiqKhan

Business groups estimate that 920,000 businesses will have their business rates payments cut; 420,000 will see no change, but that 510,000 face increases. In general, northern retailers have seen a decrease in their rateable valuations while southern ones, and in particular London retailers, will have to absorb significant increases.

Neil Holman, owner of George Halls Cycle Centre in Market Harborough said the rateable value of his business premises had increased from £6500 to £19,000, with his business rates increasing by £760.

"The whole town has had a hike between 90 and 300 percent so the local chamber of commerce has now got our local MP involved, Sir Edward Garnier." Garnier is a barrister, and was the Solicitor General for England and Wales between 2010 and 2012.

In 2015, ActSmart partnered Rates Recovery, with a business rates appeal company, to help its members claim back overpaid rates.

The ACT is currently advising bike shops to check their new rateable value on the VOA website, and commence any appeal process before it comes into force in April.